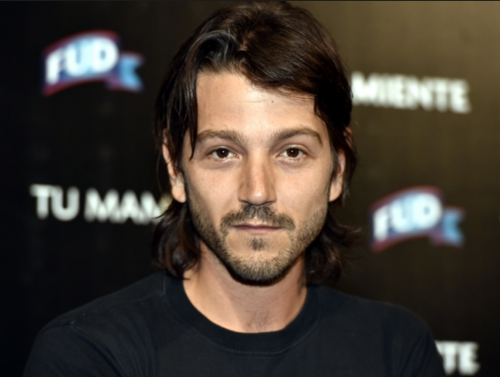 The name and description of Diego Luna’s Star Wars character have finally been revealed.

The stunning Mexican actor will be playing Captain Cassian Andor, according to Entertainment Weekly.

Luna’s casting in the franchise adds to the diversity of the Rogue One: A Star Wars Story cast and further increases the presence of Hispanic actors in the rebooted intergalactic franchise.

As Andor, Luna will be the straight shooter that has a bit of an edge to him. During his leadership, he will try to be the one that calms Felicity Jones’ protagonist, the reckless former thief turned Rebel soldier, Jyn Erso, and help her steal the plans for the Death Star, which is seen in Star Wars: Episode IV – A New Hope.

In addition to being steady, Andor is described as world-weary and strategic, which isn’t surprising considering the 19 years of battle he would of have to survive to become a captain between Revenge of the Sith and A New Hope.