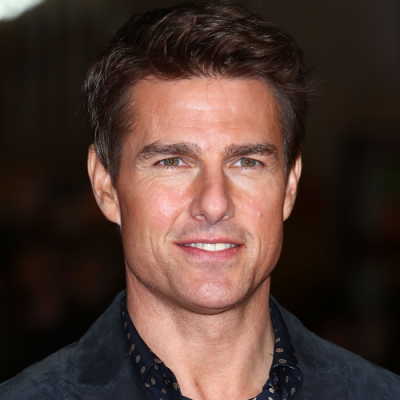 Tom Cruise’s upcoming film Mena is off to a tragic start after two members of the film’s crew lost their lives, with a third sustaining serious injuries, after their plane crashed in the Colombian Andes located in Colombia on Friday.

According to The Associated Press, film crew members who lost their lives in the terrible accident are veteran Hollywood pilot Alan Purwin and Venezuelan Carlos Berl. The third victim who survived the crash is an American named Jimmy Lee Garland.

The accident occurred while the three were returning to the city of Medellin aboard a twin-engine Piper-Aerostar 600 aircraft after a day of filming with Cruise. Cruise himself was unharmed and had crossed the Colombian Andes upon a helicopter ten minutes prior to the other helicopter’s crash.

According to the AP, around 5Pm on Friday Cruise departed from the colonial town of Sante Fe de Antioquia in one of the two helicopters carrying crewmembers. Sometime after Cruise’s helicopter arrived at Medellin’s Olaya Herrera airport they informed air traffic controllers that the second craft had yet to show up.

“A plane overhead located the downed aircraft just below a high ridge thanks to a distress signal, allowing rescuers to arrive to the crash site quickly and rush Garland to a hospital in Medellin, where he was in critical but stable condition,” the news outlet added.

In a released statement by an aviation agency, all three men were experienced pilots but it’s still unclear which of the three men were in command of the plane when it crashed. Officials also noted that the three crew members had crossed the fly route at least a half dozen time in the past, but in the last flight they were flying without the assistance of particular devices that may have aided in them in maneuvering through thick cloud formations known to occur in the Andes’ crest.

The cause of the accident is still under investigation.

Mena will feature Cruise as Barry Seal, a hustler and pilot who was employed by renowned drug cartel kingpin Pablo Escobar before he was recruited by the CIA to work as an informant and to run one of the U.S.’ biggest covert operations.

The movie is being directed by Doug Liman, who also directed Cruise’s 2014 sci-fi film Edge of Tomorrow, and is expected to be in theaters January 6, 2017.