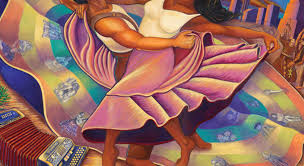 The U.S. House of Representatives voted Monday to approve legislation that would create a national Latino museum in the nation’s capital. The initiative had wide bipartisan support and passed unanimously by voice vote. The senate has not yet passed this vote.

The National Museum of the American Latino Act was introduced last year by Rep. José Serrano, D-N.Y. and had the bipartisan support of 295 co-sponsors.

The Strange Tale of The US Hispanic Chamber of Commerce President

A 1994 Smithsonian Institution report titled Willful Neglect found that exhibits and collections of U.S. Latino history are the most underrepresented across all of its museums. Raul Yzaguirre, president and CEO of the National Council of La Raza at the time, chaired the Task Force on Latino Issues that produced the report.

Advocates in Congress have pushed to create a Latino museum since 2003. A commission created in 2008 under President George W. Bush to study the feasibility of creating such a facility on the National Mall issued its report in 2011.

“Spanish was the first non-native language to be spoken in the United States. Latinos have fought in every U.S. war. Food and music from Latin America are enjoyed in every American city,” Castro said. “The Latino story is an American story, and our history is a central thread in the history of our nation.”

A number of Texas lawmakers played a central role, including Castro and retiring three-term Rep. Will Hurd, a San Antonio-area Republican.

The U.S. Hispanic Chamber of Commerce called on the Senate to act, noting that “by its own admission” in the 1994 report, “the Smithsonian Institution has drastically underrepresented the contributions of American Latinos in its collections.

“Latino history is American history,” the chamber said. “As the largest ethnic group in the country with arguably the oldest ties to the founding of this nation, dating back more than 500 years, it is critical that we have an American Latino Museum on the iconic National Mall” alongside other prestigious Smithsonian museums that draw 20 million visitors in a typical year.

“Now, more than ever, America’s Latinos deserve to have our story told and our voices to be heard,” he said.

This bill establishes the National Museum of the American Latino in the Smithsonian Institution.

The purposes of the museum are to (1) illuminate Latino contributions to the story of the United States; (2) provide for the collection, study, research, publication, and establishment of exhibitions and programs related to Latino life, art, history, and culture; and (3) provide for collaboration with Smithsonian Institution museums and research centers and other museums and educational institutions in the United States and abroad to promote the study and appreciation of Latino life, art, history, culture, and its impact on society in the United States.

The bill establishes a Board of Trustees for the museum to advise and assist the Board of Regents of the Smithsonian on all matters related to the administration and preservation of the museum.

The Director of the museum shall manage the museum and may carry out educational and liaison programs in support of its goals.

The Director of the Institute of Museum and Library Services shall establish and carry out specified grant programs and a scholarship program, including a grant program to promote the understanding of the Latin American diaspora in the United States.

The Board of Regents shall designate a site for the museum and is authorized to design and construct it.

NYC Prohibits Calling Someone an “Illegal Alien” out of Hate
President Trumps Hispanic Prosperity Initiative – Real or Flake?
Translate »
%d bloggers like this: