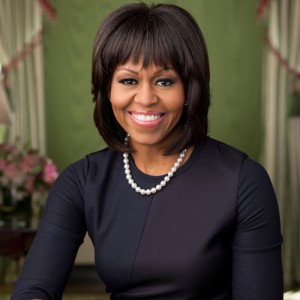 At the National Council of La Raza’s annual conference held next week in New Orleans, First Lady Michelle Obama will be one of the important speakers to partake in the event held at the Ernest N. Morial Convention Center giving recognition to one of this country’s rising demographics.

On the organization’s website President and CEO of NCLR Janet Murguía said, “NCLR is excited to welcome Michelle Obama to our Annual Conference as a keynote speaker, where she will have the opportunity to speak to one of the largest gatherings of Latino leaders from across the country.”

The National Council of La Raza’s National Latino Family Expo will be held this July from the 20th to the 23rd. The conference has been designed to draw attention to the growing Latino population of the United States of America. Acting as a forum for members of the Latino community, participants will be able to connect with one another including key community leaders and other Latino-based organization were they can learn how to continue social change and combat any rising issues that may hinder the continued growth of the community.

The addition of Michelle Obama only adds to the list of nationally known speakers. Like the other speakers First Lady Obama is, “such a prominent and passionate public figure who…has shown unwavering commitment to important causes for the growing Latino community such as children’s health, nutrition and education,” added Murguía.

This year the conference is expected to be attended by more than 5,000 participants who already registered with its theme being called this year: Rise as One. According to the organization’s site the theme “communicates the aspiration of working with other diverse communities to bridge a divide and achieve solutions to our shared challenges. This theme highlights ascension to better opportunities, respect, and awareness as it relates to the improved image, position, and power of our communities within the nation”.

National Council of La Raza is the nation’s largest Latino civil rights group which has been seen since the country’s Civil Rights Movement and even during World War II.

Could whistle-blower Edward Snowden be heading to Venezuela?
Latino Outreach Director of Utah removed, but why?