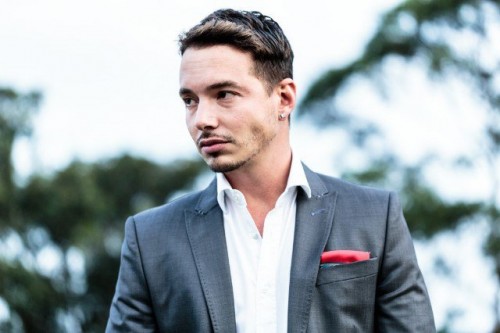 First J Balvin and now Univision bows out of Miss USA pageant due to Donald Trump’s racial comments about Mexican immigrants in the United States.

The reggaeton singer J Balvin cancelled his scheduled performance for the beauty pageant on July 12.

“It was going to be my first performance on national television,” Balvin said to Billboard on Wednesday.

The Colombian singer, who spent time in the United States working odd jobs before he went back to his native land to become a successful artist, said to Billboard that he didn’t appreciate Trump’s racist comments.

“We’re talking about our roots, our culture, our values,” he said. “This isn’t about being punitive, but about showing leadership through social responsibility. His comments weren’t just about Mexicans, but about all [Latinos] in general.”

The real estate mogul is part-owner (along with NBCUniversal) of the Miss Universe Organization, which runs several beauty pageants.

Trump alleged these “problems” come from “More than Mexico… It’s coming from South and Latin America, and it’s coming probably, probably from the Middle East.”

Those comments by Trump provoked Univision to release a statement announcing “that it is ending the company’s business relation with the Miss Universe Organization, which is part-owned by Donald J. Trump, based on his recent, insulting remarks about Mexican immigrants.”

The statement also says that Univision will no longer conduct any future projects with Trump.

53 Dead and at Least 238 Injured in Terrorist Attacks Today
500,000 Dominican-Haitians Kicked Out of Country For Being Black
Translate »
%d bloggers like this: