On April 19, around 3 a.m., Aaron Hernandez, the former star New England Patriots tight end, scrawled three notes—one to his fiancée Shayanna Jenkins, the mother of his little girl, one to that daughter and a third to his prison friend, supposedly his gay lover. He placed the notes next to an opened Bible to the section on the new testament, John 3:16 “For God so loved the world that he gave his one and only son, that whosoever believes in him would not perish but have eternal life.” The same message he had on his forehead in addition to red marks on his hands and feet in an eerie way mimicking the crucifixion of Jesus Christ

Shayanna, right and her younger sister Shaneah, the girlfriend of murder victim Odin Lloyd in better times, before they introduced each other’s boyfriends that ultimately lead to tragic consequences.

He was found with his bed sheet wrapped around his neck with one tied one end of it to a bar on the window of his cell. A correction officer saw his limp body through the cell door at 3:03 a.m., and tried to resuscitate him. Hernandez was then rushed to UMass Leominster hospital, where he was pronounced dead at 4:07 a.m.

It was a tragic to the former NFL star’s often volcanic life and it came on the same day players on his former team traveled to the White House to celebrate the New England Patriot’s Super Bowl win. Questions immediately began to swirl about why Hernandez, who had been acquitted  days earlier in connection with a separate double murder charge stemming from a drive-by shooting in 2012, picked this day to die. 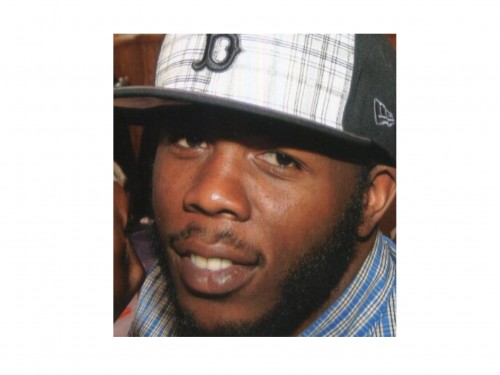 Hernandez, known for never letting go of the gang connections he made growing up. He was convicted in April 2015 for shooting and killing his friend, Odin Lloyd, seemingly without motive. But interviews with multiple law enforcement officials directly involved in the case say Lloyd—a semipro football player who was dating Hernandez’s fiancé’s sister at the time and allegedly had information on Hernandez being bisexual, and the star did not want that information out in the public.

What was Hernandez motivation to murder?

One of the three notes left by Hernandez was to his prison boyfriend, who is now on 24/7 suicide watch. Hernandez’s sexuality was allegedly reveled with the murder investigations in which had sexual relationships with a male former high school classmate and that was at the center of the investigation into Lloyd’s murder.

Ernest Wallace, a co-defendant in the Lloyd murder case, told detectives the victim had called Hernandez a “schmoocher,” which was taken by Hernandez and his companions as a gay slur. Wallace was also recorded saying during a jailhouse visit with Tanya Singleton, Hernandez’s cousin, that he would not have helped Hernandez get rid of the murder weapon—a crime for which he is now serving a 4½-to-7 year sentence on accessory to murder charges—if he had known Hernandez was a “limp wrist,” multiple sources say.

Singleton was accused of helping Wallace discard of Lloyd’s murder weapon and was later sentenced to two years’ probation with one year under house confinement after pleading guilty to criminal contempt for refusing to cooperate with investigators in Boston investigating the double murder. Prosecutors in both Bristol and Suffolk counties said Hernandez had promised to set up a trust fund for Singleton’s children for her silence but never did.

Hernandez’s alleged longtime male lover, the high school friend, was interviewed extensively by authorities after Lloyd’s murder, and was forced to testify in front of a grand jury. Law enforcement officials also say Hernandez moved a large amount of money into three accounts shortly before his arrest for the Lloyd killing: one account was for his fiancée; a second was for his daughter; the third, where the most money was moved, was for that friend.

Hernandez’s secrets went well beyond his sex life, according to court testimony and police records. His brushes with the law for extreme acts of violence began when he was playing football at the University of Florida. In 2007, Hernandez, then 17, was identified as a person of interest in a double shooting.

Then came the shooting in July 2012, when a Boston man spilled a drink on Hernandez but didn’t apologize. Prosecutors said that when an enraged Hernandez saw the same men later that night in a BMW, he leaned across a friend, Alexander Bradley, who was driving a Toyota SUV, from the passenger seat, and yelled to the occupants, “What’s up now, n****s?” Hernandez squeezed off five shots into the vehicle, according to Bradley. Two men died, a third was wounded. Hernandez was acquitted in that case last week after six days of deliberation. Jurors refused to comment on their verdict, but legal analysts speculate that the prosecution’s case was weakened by the fact that its main witness, Bradley, is a career criminal who had testified he wanted to hurt Hernandez.

Seven months after the Boston double murder, after a night at a Florida strip club in February 2012, Bradley says Hernandez shot him in the head, pushed him out of a vehicle and left him for dead. Bradley refused to cooperate with police but marked Hernandez for revenge. He testified on the stand in March 2017, “I didn’t want to cooperate with police. I wanted Mr. Hernandez’s life.”

That threat apparently prompted Hernandez to surround himself with  men from his gang past, men like Ernest Wallace and Carlos Ortiz, who became Hernandez’s co-defendants after the murder of Lloyd in June 2013. Both men told investigators that Hernandez was the gunman in that killing. But it was the other information that Wallace offered about the motive that never made headlines, the fact that Lloyd knew Hernandez had a complicated sex life and could pass that information to his girlfriend, the sister of the Patriot’s player’s fiancée.

It was also well known that Hernandez was high on marijuana the night Lloyd was shot and killed, and  prosecutors said a joint with his DNA was found near Lloyd’s body. Investigators are now looking into claims by inmates at the Souza Baranowski Correctional Center that Hernandez was smoking K2, synthetic marijuana, the night of his suicide.

A brief fight over Hernandez’s brain ended Thursday when the Worcester County District Attorney said his family’s wishes would be met and his brain would be studied by the vaunted CTE Center at Boston University, where scientists are researching the effects of concussions on the brains of athletes. Initially, the state medical examiner said that its pathologists wanted to study Hernandez’s brain, leading his attorney, Jose Baez, to claim this week that the ME was “illegally” holding onto the former NFL star’s brain, against the family’s wishes. After Baez’s press conference, held outside the ME’s office, Worcester County District Attorney Joseph Early released the brain.

***Now that medical test will be done to his brain to help determine a mental condition from head trauma (CTE) he received as an NFL football player. We are wondering, what happens if proof is found that he in fact had brain damage, will the New England Patriots be legally challenged to reinstate the remaining funds of his contact, which they voided once he was charged with murder?***

6 Steps to go from Employee to Entrepreneur
Bringing Out the Good in Latino Neighborhoods: El Barrio and East Harlem
Translate »
%d bloggers like this: