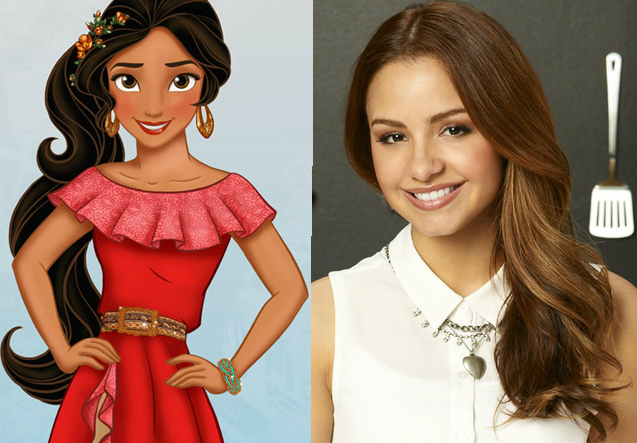 Shout out to Disney, who just announced that Aimee Carrero is going to be the voice of Elena, their first Latina fairytale princess.

Carrero co-stars on the television series Young and Hungry on ABC, which is owned by Disney. She plays Sofia Rodriguez, the protagonist’s best friend.

Princess Elena will first appear on an episode of the popular children show Sofia The First. Elena was magically trapped in a medallion that Sofia – who is also a princess – wears to communicate with animals. Once Sofia (who may or may not have Hispanic roots) releases Elena from her entrapment, Elena will return home to reclaim her kingdom, Avalor.

“What excites us most is the chance to use distinctive animation and visual design to tell wonderful stories influenced by culture and traditions that are familiar to the worldwide population of Hispanic and Latino families and reflect the interests and aspirations of all children as told through a classic fairy tale.”

According to Disney’s press release the episodes on Elena of Avalor will be “guided by an established curriculum that nurtures multiple areas of child development: physical, emotional, social and cognitive; thinking and creative skills, as well as moral and ethical development”. The network continued to say, “the stories are designed to communicate positive messages and life lessons that are applicable to young children about leadership, resilience, diversity, compassion and the importance of family and family traditions”.