Failing to Pull the Latino Vote: Democrats could face losses this upcoming Election

Failing to Pull the Latino Vote: Democrats could face losses this upcoming Election 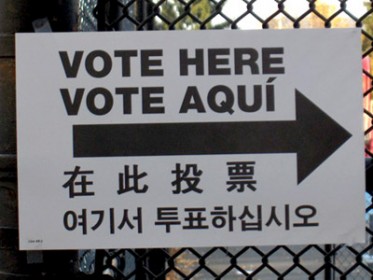 Earlier this week, I talked about the recent issue regarding Latinos and the possibility of some who can vote and who are eligible to register to vote will forgo voting in the upcoming elections. To continue this discussion, I want to look at what will happen if Latinos choose to remain away from the election booths due to tension regarding politicians and their response—or lack thereof—to the debate regarding immigration and its reform within this country. Particularly, what will become of the Latino community’s mostly voted-for party: Democrats.

In the upcoming election season, Democrats could face a tough election season if the Latinos who once backed and supported them choose to not do so again. Due to President Barack Obama’s failure to act on reforming the country’s immigration/deportation crisisa—in fact his second term as president is becoming one known for having the highest deportation rate than his last—and with some Democratic candidates failing to truly appeal to Latino voters, some Democrats could find themselves losing Senate and State house races within key, need to get the vote states.

According to Gary Segura, a Stanford University professor and co-founder of Latino Decisions—a polling firm—disclosed that some Latino voters within the country could decide to choose not to vote and allow for certain Democrats to be thrown out of office to truly show their voting power.

“In any instance where a Latino-preferred candidate loses and that Latino community turned out in smaller numbers because of the disillusionment, Latinos did make a difference. The decision not to vote is still a political decision and is not necessarily irrational,” said Segura, suggesting that Latinos who choose not to vote are in a way making a political statement in itself.

And it seems that President Obama and the White House itself does see that the Democrats who are within the Senate could face losses when it comes to winning re-elections due to a decision the president made last month.

In September, President Obama decided to delay unveiling what his executive action on immigration until after the upcoming mid-term elections. According to the president, the decision to delay revealing his plans is due in part to the rising border crisis problems like the recent increase of children attempting to cross the border and getting detained. The president’s decision to delay his plans contradicts a promise he made in June to act on the immigration debate come the end of summer.

Whatever his intention may be, the decision to delay any detail regarding his plans to tend to the immigration crisis may just stir Latinos not to head to the voting booth.

According to a Latino Decisions poll taken back in June, it was shown that 87% of Latino voters would be more eager to vote during the 2014 elections if the White House took action on renewing the Deferred Action program. The program allows, “young people who were brought to the United States as young children, do not present a risk to national security or public safety, and meet several key criteria will be considered for relief from removal from the country or from entering into removal proceedings,” and President Obama mentioned the program during his 2012 re-election.

From Colorado, Georgia, Kansas, Michigan, and North Carolina these five states contained Latino voters that exceeds the 2012 voters when it comes to the difference of the two leading Senate candidates within the current polling in the states. Within nine states there are a number of Latino voters who exceed the margin between the top two candidates, according to findings by Latino Decisions.

With these numbers, it is quite interesting how neither Democrats nor Republicans haven’t tried harder or hard enough to persuade the Latino vote. A persuasion that could be but beneficial and devastating if the persuasions are not met once the candidate is not in office.

“People are making campaign decisions, but given the margins, it’s kind of foolish to aggressively squander that number,” said National Council of La Raza’s Vice President Martinez, when discussing how Democrats have not made an effort to appeal to Latino voters.

“We’re trying to do everything we can to get our folks to participate,” Janet Murguía, who is the CEO of National Council of La Raza. “We’re just trying to educate our community about what are the challenges, both that are structural and candidate-made.”

When it comes to Republican candidates—who some are generally, and very publically, anti-immigrant—Murguía noted that some GOP candidates are typically good at avoiding to make statements that would tarnish their relationship with the Latino community, but predicts that the current climate regarding immigration and its reform could be a silver bullet come the 2016 elections.

“Some of these folks are at least trying to stay under the radar, but that’s not going to be good enough for Republicans if they want to go into the future and win a base of Latino voters,” said Murguía.

I do not generally believe in predictions, but when it comes to the matter of voting and its co-relation to the Latino community I do believe that if candidates do not make promises and work on ensuring they come true regarding issues that pertain to the Latino community it could be a disaster for said candidate come election season. As a supporter of President Obama, I still believe in him however in such matter of immigration reform…it’s hard to defend him even though he faces challenges from the GOP.

The midterm elections are slowly approaching, we will just have to wait and see what will become of the Latino vote.