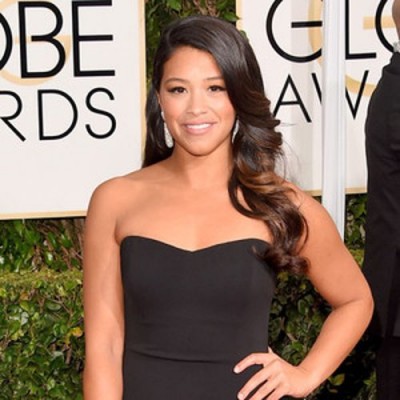 Gina Rodriguez is not one to back down when directly poked by an online troll.

Last week, the Jane the Virgin star got into a heated on Twitter when a fellow user attempted to call her out for not being Latino enough and allegedly misrepresenting herself.

Twitter user Sergio Garces, from Spain, tweeted Rodriguez (@HerelsGina), “trying to understand how a person ‘proud’ of her Hispanic Heritage like @HerelsGina can’t even speak Spanish…#latinIssuesinUS #lame,” thus implying Rodriguez’s lack of being able to speak Spanish doesn’t make her Latino and is merely using her Latino heritage as a marketing tool.

Known for taking the time to address her fans on the social media platform, Rodriguez, 31, also took the time to address Garces in an attempt not to defend herself but to shine a light on an issue she has been talking about within the Latino community.

“You know what’s lame is you are wrong. I can, maybe not as good as you. But why discriminate against ur ppl? Hater,” tweeted Rodriguez, who took the opportunity to address the interracial discrimination that exists within the Latino community.

According to Garces, who claims he wasn’t discriminating against her, as a native of Spain his initial perception of Latinos in U.S. is that “some of you use the ‘latino’ heritage as marketing…”

Rodriguez responded to both claims of not being Latino enough and using her heritage as a marketing tool not permitting her Twitter troll to have the last word. The actress went on to describe how while she doesn’t speak Spanish as fluently as others Latinos might be able to it doesn’t mean she is not proud of her heritage. She also adds that as being a woman of color, her heritage is not something she turns off or forgets.

“I walk around Brown, I don’t advertise it to get ahead, if that marketing tool worked we would be represented more!”

After being corrected, Garces attempted a light-hearted apology and expressed how he hoped Latinos in the U.S. received the recognition they deserve. However, Rodriguez continued afterward taking the digital exchange to highlight how the discrimination which continues among the Latino community isn’t helping but actual hurts.

“This is a very serious discrimination that exists amongst our community and sadly separates us. Weakens us!” she tweeted.

Back in August, the Chicago-born actress of Puerto Rican origin described how she felt about social media being used as a tool of hate and permitting discrimination amongst Latinos after an Instagram post she made received harsh criticism.

On the photo sharing app, Rodriguez posted a photo of herself with both an English and Spanish blurb. It was the Spanish portion that received a negative response from fellow Latinos who made ill comments towards her due to its translation not being entirely correct.

“You know what saddens my heart, is when you try and celebrate an accomplishment with those that have helped you achieve it and no matter what, someone, anyone, has something negative to say,” she wrote in the comment section of her post, “When did we decide social media was for hating, for putting others down rather than lifting them up. I refuse to participate in that kind of world.”

And Rodriguez mostly hasn’t. Choosing her social media as a way to aspire and aid fans, Rodriguez has occasionally reached out to fans who message her and tries to be encouraging, supportive, and thankful. Hopefully, more will choose to follow her example.