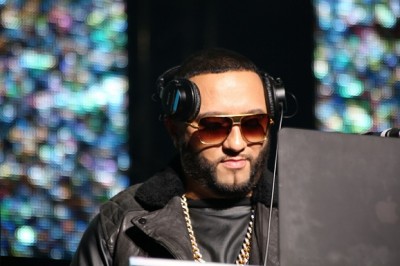 Madison Square Garden was the site of Alex Sensation’s Mega Mezcla Block Party. The birthday concert is a tradition of late and has served as a useful showcase for superstars on the rise, young veterans reintroducing themselves, and a few surprises. There was something for everyone this past Wednesday April 9th, 2014.

However, with Don Omar, Sean Paul, Prince Royce (surprise), Wisin, and 50 Cent (repeat guest) headlining the evening, the crowd energy was pulsing all the way down to the lower section of the Garden. But for those in the media room it was about who was gracious enough to come down and allow the media to ask questions, take photos, and interact a bit. This is something that cannot be overlooked by promoters as Latin media outlets are increasing. It’s important to remind those who invite the press that the United States mainstream cares little about Latin events generally. Latin events and how they will be perceived in the future will be determined by large part by these new young media outlets that work hard to establish themselves and provide additional exposure to such events.

The highlights here included Chino y Nacho, who have been doing work on the Latin version of X-Factor, speaking and even adding a short singing sample, joined afterward by Farruko. De La Ghetto was pleased to be in his hometown of New York. Nicky Jam, who once rivaled Daddy Yankee for the number one spot in the Reggaeton world, talked about blessings from God and the importance of faith. Jowell y Randy were quite animated and even performed a little old school style rap to the human beatbox which got the largest ovation.

Optimo spoke at length while Bachata Heightz and K-Rose, bi-lingual young artists were very humble about their appearances there. J.Alvarez spoke at length and mingled as well. The sole female artist Katherine Alexander impressed with an operatic singing of Carmen, with her mike at her side as her voice was sufficient to get her point across.

SBS Entertainment has to be commended for their ability to bring in top stars together in events of this sort. Another surprise was Frank Reyes, who came in dressed impeccably and joined the media as the only surprise artist to appear. All in all a good event that ultimately highlighted the interest in the Latin market and many thanks to DJ Alex Sensation.