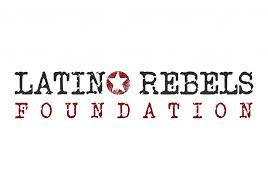 Latino Rebels Foundation is trying to change that.

Coming together hoping to end racial stereotyping of Latinos, professionals of Latino businesses and media enterprises have banded together to help Latino students of journalism and film make these changes.

Through fundraisers to fund scholarships for Latino students at the American Film Institute, the foundation aims to help these students with their education so they may eventually find a place in the media industry.

Charles Garcia, Co-Founder of the Latino Rebels Foundation, believes there will be more Latinos entering either Hollywood or the Newsroom and hopes they will change the perception of Latinos in the public eye.

“The best way to change public perceptions is to change stories coming out of Hollywood and make sure that we have journalists at news organizations and that have a Latino conscience and radar,” Garcia expressed, believing that by changing the perception via media outlets it will affect American communities as well.

The establishment for the foundation came from the results of a study manned by Hilton Knowlton. The study showed that in the United States there was a negative persistent reception of Latinos, and that a majority of non-Latinos—a reported 75%—believe that they always encounter an illegal Latino. Meanwhile, the study also showed that 80% of Americans connect Latinos with being involved in crime and gang violence.

Despite the study’s findings, Garcia believes with the foundation helping Latino students get inside to work behind the scenes within the industry they will change these perceptions.

“We don’t have many executives that are Latino,” Garcia said, “So what you have coming out of Hollywood are gangbangers, traffickers, criminals. That’s what Americans perceive.”

The foundation launched earlier this year and has received some notable support.

Jim McNamara, the CEO of Cine Latino and Chairman of Hispanic Scholarship Fund, has contributed a 100,000 grant match grant for the foundation’s scholarship initiative. Along with McNamara, President Obama top fundraiser Andres Lopez has become involved with the foundation.

“Every contribution will help change the image of Latinos in this country,” Garcia said, believing that his foundation will eventually bring a new perception to Latinos living within the states.