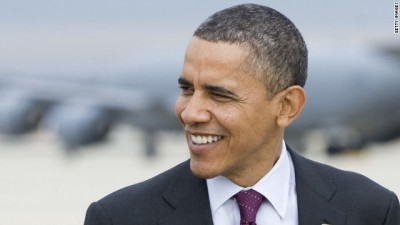 It’s been a week since President Barack Obama revealed his executive action plans regarding immigration within this country. And while he has drawn criticism and threats from his opponents, it appears the president’s plans may have re-earned him support from the Latino community.

According to a Gallup—an American research-based, global performance-management consulting company—weekly poll, the president’s approval rate among Latinos has risen a total of 10 points. In percentage, the president has earned 68% of Latino’s approval after announcing that he would offer deportation relief to an estimated 4.4 million immigrants who are living undocumented in this country.

The president’s executive action has been talked about much and had many wondering what they entailed. Along with the deportation relief, his plans will also allow immigrants who have lived within the United States for five years and who have children who are natural-born U.S. citizens to apply for a renewable three-year deferral of deportation. And those who are approved the deferral will be allowed to obtain work permits that will permit them to work legally in the country.

The poll only covers the week of November 24th to the 30th which occurred after the president announced his plan on the 20th. While the number is not significantly large it is still an improvement considering the last two years.

After becoming known as the “Deporter-in-Chief” due to his administration having the largest deportation record the president’s approval rate dropped quite a bit. Back in 2013, 74% Latinos approved of the president but over the last year it fell drastically. Back in May the approval rate was in the 50s, but in the first week of September the rate fell to 44%.

The recent increase in the president’s approval rating isn’t all that surprising considering it comes after finally keeping to his promise about doing something when it involves immigration, an issue that means a lot to many Latinos in this country.

According to Latino Decisions, two-thirds of Latino voters know someone who is living in this country illegally. Meanwhile, 1 in 3 Latinos have at least one family member that is an undocumented citizen.

Also in their survey, Latino Decision found that 9 out of 10 Latino voters support the president’s decision regarding deportation relief especially after congress failed to act on the issue.

While the president has gained some approval from Latinos, he still faces opposition from his opponents how have sworn that they will take action. According to members of the GOP, they will challenge the president’s executive action plans in court. However, according to legal experts their plans may be futile since the president’s authority outweighs any legal action when it comes to executive decisions.

So it makes you wonder what would have happened if the president had revealed his plans sooner? If the president had revealed his plans back before the summer like he was to originally would the November Elections have turned out differently? Would Democrats have retained the power in Washington over the GOP? Would-haves are just a game, and not something that shouldn’t be dealt on. What should be the focus is to see what happens, and whether the plans for immigration will make things for the millions of undocumented citizens and their families living in this country easier.