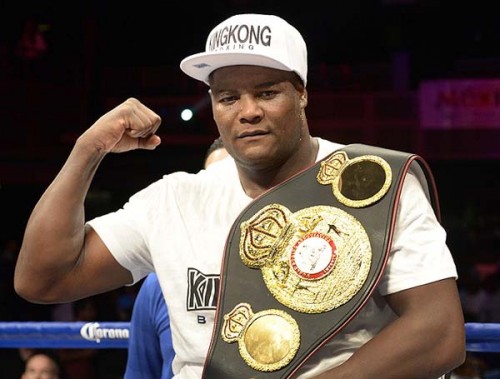 The heavyweight boxing division, which was ruled for nearly ten years by one man, is now fractured. The upset loss that Tyson Fury laid on Wladimir Klitschko opened up a series of actions in which now four different men will claim partial pieces of the heavyweight pie

One of those men, Luis Ortiz (23-0, 20 KO’s), from Cuba, who at 36, captured the interim version of the WBA Heavyweight title this past October in Madison Square Garden, when he knocked out Argentine Matias Ariel Vidondo in three rounds. He is slated to defend the title in Verona, NY, at the Turning Stone Resort Casino, this Saturday, December 19th.

Ortiz, by appearances, has put in his work, and at 6’4″ and fighting southpaw, he has the physical tools. He is a former Olympic Gold medalist in 2004. His skill-set would give any heavyweight in the division trouble. Bryant Jennings should be wary.

“To headline an HBO event and fighting a former world title contender like Jennings is what I have been preparing my whole career for,”

Jennings, (19-1,10 KO’s) got a lesson when he fought and lost a decision to Klitschko in Madison Square Garden for his shot at undisputed honors. He talents were exposed as promising but still raw. Take into account that he is fighting a boxer very similar to another Cuban he fought, Mike Perez, who gave him fits, and won by a very close split decision. But he is a tough defensive nut to crack. Golden Boy Promotions head Oscar de la Hoya recognized,

“Jennings doesn’t crack under pressure, he has a great chin and is very athletic.”

Jennings gets a second shot at the big prize but for Ortiz, its about redemption and clearing his name, which was tarnished on September 11th, of 2014, when he won the then vacant WBA interim belt by defeating Lateef Kayode. He was stripped shortly after after testing positive for anabolic steriods.

“He’s determined, motivated, he wants to be great and wants to take on all comers,”

The man known as “The Real King Kong” seeks a cleaner and more successful start to his second reign and give Golden Boy Promotions, who are working with Gary Shaw Productions, a heavyweight Latino power player.

“What a terrific heavyweight showdown,”