Natalie Cole Has The #1 Latin Album

Natalie Cole Has The #1 Latin Album 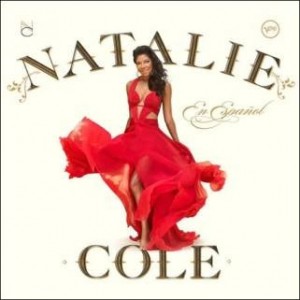 The album includes covers of classic Spanish-language songs such as “Frenesi” and “El Dia Que Me Quieras” plus a digital duet with her father, the late Nat “King” Cole on “Acércate Más.” She also performs “Bésame Mucho,” which features Andrea Bocelli, and a duet with Juan Luis Guerra in “Bachata Rosa.” Her younger twin sisters Timolin and Casey even joined in by singing backup on “Oye Como Va.”

The 63-year-old grammy award-winning singer “It’s just such a great inspiration to know that I can step into that world legitimately,” she said. “I fell in love with the culture.”

Cole told the Miami Herald “Even though I was not very familiar with (the songs), with most of them I could sing them right away,” she says. “I could at least hum the melodies. Because they were so, not predictable, but there was something about them musically that made so much sense. . . .And the passion and romance in these lyrics are so very poetic — they’re so, so beautiful.”