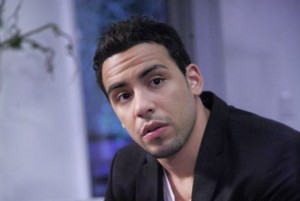 While the film has yet to begin filming, and received a minor setback, there is a new casting announcement to the upcoming 50 Shades of Grey film.

Latino actor Victor Rasuk has been cast as José Rodriguez, the best friend to the book and film’s protagonist Anastasia Steele to be played by Dakota Johnson. The character has been described as being a brotherly figure to the protagonist and an essential player to the story’s plot.

The Dominican-American actor from New York City earned recognition for his role on the HBO series How To Make It In America as Cameron ‘Cam’ Calderon. Rasuk has also starred in several films from Che, Stop-Loss, and Lords of Dogtown.

The film is expected to begin filming shortly, however there is no word yet on who will be playing the title character Christian Grey. A while ago 33-year-old actor Charlie Hunnam opted out after receiving much buzz for the cast, mostly positive feedback. However, Hunnam had to back out due to a conflicting filming schedule with his FX show Sons of Anarchy.

While Rasuk’s casting in 50 Shades of Grey will be one of the more prominent roles, you can catch him starring in the highly anticipated reboot Godzilla scheduled to come out early next summer.

50 Shades of Grey is expected to come out next summer as well, but after Godzilla, around August.