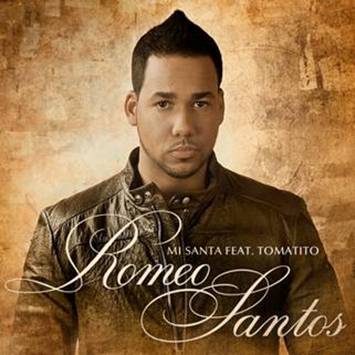 Living up to the highest expectations and then some, the New York-born singer/songwriter of Puerto Rican and Dominican descent, Romeo Santos, has hit No. 1 on Billboard’s airplay charts with his brilliantly executed hit “Mi Santa.” A song which within a few weeks has won over Latin audiences in the United States.

Romeo Santos has the Midas touch turning all his projects into success. His upcoming concerts at New York’s Madison Square Garden are sold out, and his latest album, Formula (Vol.1), is the No. 1-selling Latin album.

His recent music video, “Mi Santa” – filmed on location in Spain and featuring the legendary flamenco guitarist “Tomatito” – debuted January 30 on VEVO, and within hours became one of the hottest trending topics on Twitter. A video with interesting artistic and romantic shadings, it shows the ambivalence of love, while contrasting the dark and bright sides of relationships.

Kicking off his tour in New York’s Madison Square Garden with three sold-out shows, The King of Bachata continues his much-anticipated series of concerts over the coming months.

And now Romeo Santos with his contagious bachata rhythms and the poetry of his lyrics is out to expand his kingdom and conquer the American audience.

Welcome the poet as he visits with Soledad O’Brien tomorrow February 22, as a special guest in the 8:00 am hour (ET) of CNN’s morning Show “Starting Point”

And don’t miss Romeo Santos making history with his sensuous bachata rhythm as he performs February 29, on The Tonight Show with Jay Leno (NBC).

EDGE®, MIL MÁSCARAS AND THE FOUR HORSEMEN TO ENTER WWE® HALL OF FAME
Shakira a Big Winner at the 2012 Premio Lo Nuestro
Translate »