How Do You Answer: What Is Your Race?

How Do You Answer: What Is Your Race? 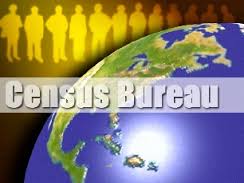 The census is taken every ten years to figure out who is living in the country, what languages we are speaking, household income, and so much more. The census really brings back the term ‘melting pot’ and gives people a sense of what America is made up of and the direction it is moving.

Filling out the census can be tedious work because you have to think back to what you make, how many people actually live in the house and then there is the question about race.

When people approach this section, they usually answer it very quickly and then find the answer to fill it in. If their race is not there, they may opt to go for something that is similar or simply put down ‘white’.

According to the census that was taken in 2000 and 2010, more Latinos have changed from putting down their race as “some other race” to “white”. It would not be surprising to say that some people keep their choice of “some other race” and never say that they are ‘white’.

The problem that occurs is that the census cannot fit Latinos into a race box because “Latino” and “Hispanics” do not refer to race. Rather, they refer to a multicultural ethnicity composed of European, African and people of mixed race. In short, there is an identity crisis.

Another possible that could occur is because of how the census asks Hispanics about race. Could it be that the choices are far too general? Should there be more choices listed to include mixed races? Is there any other way to accurately figure this out?

Officiates for the 2020 census will have to make this decision but will have to understand that more and more races, identities and options of what people call themselves are appearing and somehow, everyone has to be accounted for fairly.

Am I Latino or Hispanic? What term defines your race?
Hispanic Fast Food Workers go on Strike!
Translate »