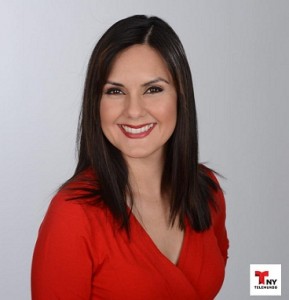 Nathalia Ortiz began her career as an Univision intern in Miami in 2000. She parlayed that into a steady position as production assistant for a national dance/music show called “Caliente”. She received her BS in Communications with a concentration in Broadcast Journalism from Florida International University and earned the “Employee of the Year” award after her first year in the company. In 2005 she was entrusted with essential aspects of live events including premiere award shows “Premio Lo Nuestro”, “Latin Grammys”, and “Premios Juventud”, for which she was part of the original production team. Nathalia decided to shift her focus completely to journalism in 2006 where she covered events such as President Bush’s visit to Miami and issues regarding Cuban political affairs, local crime and politics.

REGISTER FOR THIS PANEL TODAY AT www.iconomyny.com/seminars/(March 28th)

She moved to New York City in late 2008 to report for News12 and shortly after joined NET (the Catholic cable channel of the Diocese of Brooklyn and Queens) as reporter and fill-in co-anchor of “Currents”.
In 2011 Nathalia created the Hispanic Media department for “De Sales Media”, the media company of the Diocese of Brooklyn and Queens, leading the launch of Spanish-language print and digital entities as part of an initiative to serve the Catholic Hispanic community in greater New York City.
At the end of 2012 Nathalia joined Telemundo-Nueva York as co-anchor of the new live morning show “Buenos Días Nueva York”. Nathalia is the co-hosts on a daily basis, from 6 to 7 am, covering topics that include health, wellness, technology, cooking, politics and community affairs.
Besides journalism and TV production, her passions include ballet, fashion, wine-tasting and entrepreneurship.

REGISTER FOR THIS PANEL TODAY AT www.iconomyny.com/seminars/(March 28th)