Carnivals That Use Mud Instead of Costumes

Carnivals That Use Mud Instead of Costumes 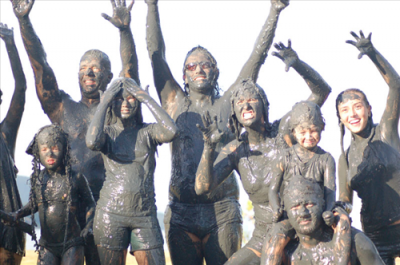 When you think of carnivals, extravagant costumes, music, and crowds of people cheering are among a few of the first things that came to mind. Mud may not be one of the things associated with carnivals, but some cultures do take part in it.

In Paraty, Brazil, the ‘Bloco da Lama’ carnival party prefers to have participants use mud over costumes for the celebration. Yes, the actual black mud is used and layered on thick from head to toe with the participant’s bikinis and shorts hidden underneath it.

Everyone got involved with rolling in the mud and tried taking pictures with their camera phones, but got dirtier by the minute for obvious reasons.

The name ‘Bloco da Lama’ literally translates to “mud street party” and was founded in 1986 by two local teens. The teens appeared in the city’s downtown covered in mud and thus, ‘Bloco da Lama’ was created.

Mixed reactions about this kind of carnival are natural, but here are traditional carnivals that do happen, such as the Rio Carnival and at El Museo in New York.

Waiting for Marriage, This is What Latino Star Shakira is Doing
How to Successfully date a Latina Professional in NYC
Translate »
%d bloggers like this: