Pandas to Come Back After Nearly 30 Years to NYC?

Pandas to Come Back After Nearly 30 Years to NYC? 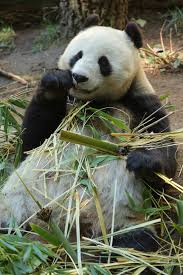 Good luck seems to be on everyone’s mind lately and some objects in certain cultures, people believe, bring you luck. Some examples are the rabbit’s foot, the four-leaf clover, a horseshoe, or a pot of gold at the end of the rainbow.

Adding to the list of good luck charms, pandas are also considered good luck. Representative Carolyn Maloney is heading to China to bring back a panda in nearly 30 years, as that the last one was loaned to the Bronx Zoo in 1987.

If all goes well, the panda would take over prime real estate at the Central Park Zoo in New York City. The zoo brings lots of tourism every year and right now, there are 12 pandas living in zoos around the country. These zoos included the Smithsonian National Zoon in Washington, D.C., the San Diego Zoo, the Memphis Zoo and the Zoo Atlantic. There is no question that the panda is a popular animal in zoos.

Interestingly, this is up for debate and is comparable to the American eagle, the symbol for the United States. Further, it costs roughly one million dollars a year to care for a panda and if the city approves it, officials would have to seek private funding.

Actress Ana Ortiz Is The Spokesperson For Merck Consumer Care’s Active Family Project
What’s Love Got To Do With It?
Translate »
%d bloggers like this: