There are animals that we love: dogs and cats. There are animals that are deemed gross: bugs and snakes. Then there are the exotic animals, the ones that are more familiar to animal lovers, but that may not be known to the general public which include bottlenose dolphin, leopard frogs, coyotes, fin whale, caiman, seals, bats, and parakeets. What makes these animals unique is that they live around New York City. Yes, that is right; they make the Big Apple their home.

Part of the Queen borough is home to the fin whale and caiman. The fin whale is a long slender whale that is a part of the baleen whales group. Its natural habitat is in off shore oceans in the colder areas and less frequent in the tropical areas. On the other hand, the caiman, is a crocodile native to South America, Central America and certain parts of the Caribbean. Their habitat is in rivers and wet lands, more of slow moving waters. 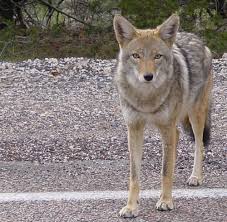 Yankee Stadium, Central Park and the Upper West Side were spotting of leopard frogs, coyotes, and bats, respectively. The leopard frogs have a habitat that is home to North America, except the Pacific Coast and generally live near ponds, marshes, and well-covered grasslands. The coyote is fairly well-known to a lot of people, so it is no surprise that their habitat is through North and Central America, Canada, Alaska and even Panama and Mexico. Lastly, bats are one of the few animals that are a decoration around Halloween. But in all seriousness, they can be found in almost any part of the world except extreme cold areas or hot areas like deserts. 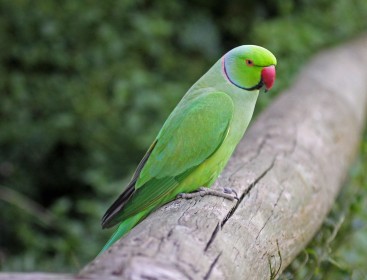 The bottlenose dolphin and the parakeets were found in the Brooklyn area. Like most of us right now, we would want to be a bottlenose dolphin because they live in warm and temperate seas worldwide. This means that they live where the bridge from summer to winter is very moderate rather than extreme cold or hot weather. Parakeets are birds that live in Australia, specific in the rain forest and travel from one nesting ground to another in order to find water to survive.

The seals are alone in this category among all the animals that are exotic and were also seen in the New York Harbor. Seals are on the many animals that can live in both extremely warm and cold habitats, ye the majority of them are found in Antarctica.

So what does this mean for us today? Well, for one thing, it is good to be informed about the different kinds of animals around us, especially since we are very close to them. If any of these animals were a concern to the public, the news station would cover them like they did for the mute swans, piranha fish and snowy owls. In the mean time, animal lovers, enjoy.