On August 21 Nick Cannon announced to The Insider that him and 44 year old wife, Mariah Carey were heading towards divorce. He said “We have been living in separate houses for a few months..Right now my main focus is my kids..” 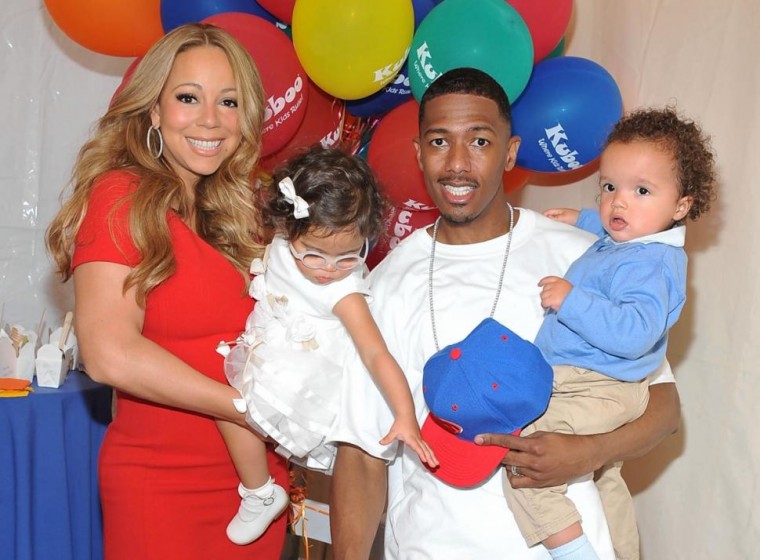 They’ve been married for 6 years and the parents of adorable 3-year-old twins, Moroccan and Monroe. Until now we haven’t heard of any trouble in the Cannon/Carey love shack. However rumors have been coming from everywhere since the separation announcement. They are saying that they are headed for divorce court because Nick had a radio interview where he revealed five women he’d slept with (including Kim Kardashian).

Another source is saying that Nick actually left Mariah because her mental health is emotionally exhausting for him and his kids to deal with on a daily basis. Sources say Nick wants to set up a separate environment for his kids, sort of a safe haven, so they have at least one calm place to go to. TMZ reported that they’re told that the kids have already shown signs of “emotional upset” at having to live with Mariah.

Then to make this even messier today Nick’s dad James Cannon posted the following on his Facebook:

Here a thing to talk about if the wife love sex and the man can’t stand making love to her. What should that women do?

Heres a thing, if the husband say no lies, and the wife lies all the time, what should that man do?

Here a thing, if the wife put on 200 pounds and the husband like a nice slim wife what should that man do?

If a husband tells his wife not to have an abortion, and she it anyways, what should that man do?

Here a thing, if a husband wants to have ten children and his wife only wants two children then what should that man do? –

I believe that subliminal post was a way for Nick and his family to share his story. A confidentiality agreement given to Cannon this week says he is unable to speak another word about this divorce/separation or he’ll face financial penalties.

No Twerkin’ In The Dominican Republic
Death at Home: Migrant Children face Violence & Death if deported back