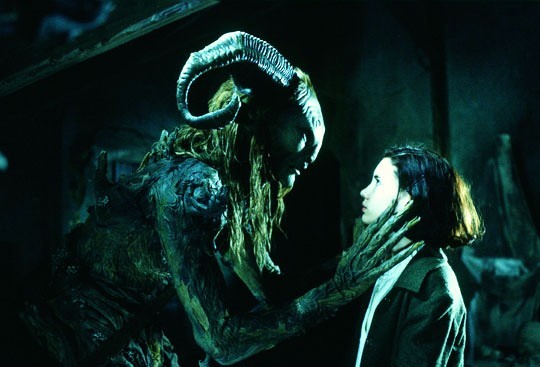 It looks like Guillermo del Toro’s 2006 fantasy flick Pan’s Labyrinth will be adapted to a Broadway musical. The famed director who has already completed the book for the new stage musical alongside Jeremy Ungar, will collaborate with Oscar-winning composers Paul Williams and Babel’s Gustavo Santaolalla. “I’m so excited about translating Guillermo’s magical vision into music and songs,” Santaolalla told Deadline.com. “I’m such a longtime fan of both Guillermo and Paul that to work on this with them is truly a dream come true.” The Spanish film set in 1944 is the dark story of Ofelia, a young girl who leaves her new stepfather and pregnant mother to escape into a mysterious fantasy world full of strange creatures. But when Ofelia’s reality gets worse she must fight to save her baby brother. The movie grossed $83 million worldwide, earned three Academy Awards and three additional nominations. No casting, dates or location for the world premiere have been set just yet. We will keep you posted on further details.