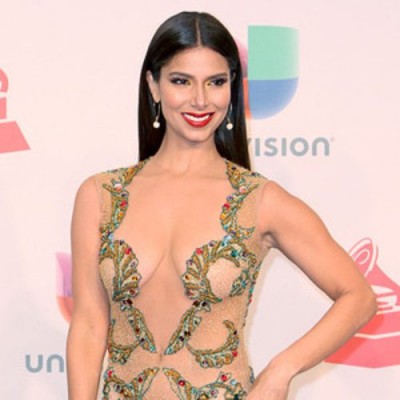 “I simply cannot wait for November 19th to have the honor to host the 16 Annual Latin Grammy Awards. To be able to celebrate the best of Latin music with our incredible artists is going to be one of the most memorable nights of my life,” said Sánchez, gushing about her new hosting gig in an interview, “I appreciate the opportunity and I’m very much looking forward to having a fantastic time with my colleagues, friends and fans.”

Sánchez is no newbie when it comes to hosting. The former dancer as well as co-host on the Spanish-language show Qué Vacilón has hosted other events one being the Miss USA Pageant. However, Sánchez dropped out of the 2015 show as a show of support for the Mexican and Latino community due to the pageant’s organizer Donald Trump’s infamous comments he made in-regards to Mexican immigrants living in the country.

“She has been an amazing supporter of the Latin GRAMMY Awards for many years and is passionate about her culture and understands the role music plays in the Latino community. We’re excited to see her take the stage on Nov. 19th in Las Vegas,” said Gabriel Abaroa Jr., the President and CEO of The Latin Recording Academy, in a statement released after the announcement of Sánchez becoming co-host.

The Latin Grammy Awards will include artists from various parts of the world who are nominated for their prestigious success in Latino music. The award ceremony will include performances by J Balvin, Juan Luis Guerra, Matisse, Raquel Sofia and Bomba Estéreo featuring Will Smith.

The 16th Annual Latin Grammy Awards show will air on Univision on November 19th where the ceremony is set to be held at the MGM Grand Garden Arena in Las Vegas.

Will Smith Shoots Video of His 6 weeks in Cartagena Colombia