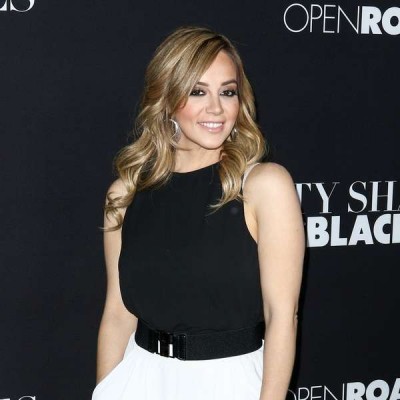 Originially published in the January/February 2016 issue of LatinTRENDS Magazine

Rosie Rivera, the youngest in the famous “Rivera Dynasty” and only sister of the late “Diva de la Banda” Jenni Rivera, opens her heart in her autobiography “My Broken Pieces” The book is a  brave and explicit account of her most difficult moments, her struggle with depression and addiction, and the pain she suffered in silence for years after being sexually abused by her sister’s husband Jose Trinidad Marin, who also raped Jenni Rivera’s daughters Janney “Chiquis” Rivera Marin and Jacqui Marin.

“My Broken Pieces,” which goes on sale on February 2, shows us a side of Rosie that we barely knew. The book presents her as a rebellious and troubled youth who struggled with her demons and carried a deep sense of guilt after an abortion. Rosie offers graphic and somewhat disturbing details of the moment when she was raped at the young age of 8 years old.

Rosie’s life completely changed with the sudden and unexpected death of her sister in a tragic accident, as she became heir to a large fortune. She was also awarded the opportunity to continue Jenni’s musical legacy and the commercial empire her sister had created.

From that moment on, the youngest Rivera has worked with the family to continue all of Jenni’s projects and make sure to carry out her wishes, all the while facing conflict and family disputes. “I work for her children so that their dreams can come true. Jenni knew thousands of people more intelligent, wise and experienced than me, but she trusted me,” said Rosie.

Rosie was motivated to write this book and confess her secrets and battles because her sister had asked her to do so 18 years ago. “I decided to write this book to help women who have suffered from sexual abuse. This story is not being told because it is Rosie’s story but because it is the story of many women who suffer in silence. “I lived in fear for 9 years, and that silence dries up your bones, it kills you inside,” she said.

“This story does not glorify Rosie in any way. It does not make me prettier or smarter. On the contrary, it shows all my dark Moments. I open my heart, my story and my mistakes, which I am only doing because I know that it will benefit others,” she said.

“My Broken Pieces” is the fourth book published by the Rivera family after Jenni’s death in December 2012. Rosie says that the project began before her sister died and that it had to be put on hold due to the amount of responsibility she was forced to take on by caring for her sister’s children and managing JR Enterprises. She admits that, when she returned to the book, she was “unsure, thinking about what people would say, that another Rivera wrote another book or that ‘Rosie is trying to get money out of this,’” but knowing that her sister supported the project gave her the strength to go on.

Rosie’s memoirs are a difficult, emotional read, full of contradictory feelings, but, most of all, they reveal the deep love existing between the members of a family that supports and loves each other unconditionally. Rosie was the princess, her siblings and parents’ little girl. “I was a loved child but I had low self-esteem because I was obese. I weighed 260 lbs. because I wanted to be ugly so I wouldn’t be attractive to my abuser or to any other man. I lived many years hating my own body and myself,” she says.

“My abuser threatened me with killing my sister when I was 8 years old. My great fear in life after that moment was my sister’s death. That fateful December 9th, I thought I was going to go crazy. I even told Jenni many times: ‘If you die, I’ll jump into the coffin with you.’ But at that moment, when they were lowering the casket into the ground, I heard my mother weeping, her children weeping, and I remembered that I was pregnant, and thought: ‘I can’t go with you, sister. I must be strong.’”

“He was a second father to me, a confidant, my best friend. I miss him a lot. We are mending fences but we are not where I want us to be just yet. I want the Lupe I wrote about in the book, whom I love. I want Lupe to read this book and remember that his sister admires and respects him.”

“When I think about him, I feel compassion and sadness. I think the tables are turned: I am free now. I don’t live in a jail of depression and trauma. I can breathe deeply and be free. With an open heart, I can say that I feel compassion. I don’t feel hatred anymore. I am now free because I know that God forgave me, and I sincerely wish that he asks God for forgiveness and is able to feel the peace that God gives us when He forgives our sins.”

WHY DON’T YOU MENTION THE CONFLICT BETWEEN JENNI, CHIQUIS AND ESTEBAN LOAIZA IN THE BOOK?

“Out of respect for Chiquis, Esteban and my sister. In the months before her death, I saw my sister cry a lot over this situation and because she didn’t want anyone to know, not even my mother. Jenni suffered alone, with friends, with me or with her daughter Jacqui. My sister promised that she would never talk about this and, if she didn’t, I am the worst person to do so.”