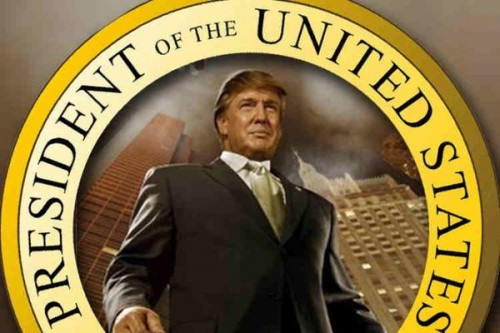 It’s early morning and the announcement that the Republican candidate Donald Trump became the 45th President last night, will be sitting in the White House chair is symbolic. A whitewash of the walls of America took place on Election Night 2016 and very few saw it coming, especially Democratic hopeful Hilary Clinton. What hand did the Donald have that made this possible?

What we can take from this evening is an education that goes beyond simply casting a vote in a privacy box. The media portrayed Trump and Clinton as the two-most unpopular candidates for U.S President in recent memory. Trump played the heel but Hilary was not convincing as the alternative. Her campaign against Bernie Sanders showed cracks of credibility. The voters established that they were not comfortable with the tried and true. Trump was different. Maybe not better, but refreshing.

Rural America can never be discounted in elections. They are easily led but once they support you, it’s usually in bulk. President-Elect Trump captured more than half the white vote and won states such as Michigan, Pennsylvania, Iowa, and Wisconsin, which traditionally vote Democratic. A look at the map showed the United States Midwest and deep South as solidly Trump. And why not. A businessman who actually told truths between his racist rhetoric only served to impress a still powerful majority. The United States, who has seen business go overseas, their own jobs shrivel, and every product made that we consume produced by countries we are egged on to believe are our enemies rang loud and Trump was the sounding horn. His “Make America Great Again” appeals to many Americans still.

The Hispanic and women voters were supposed to stop Trump in his tracks. We know former Miss Universe Alicia Machado did, but where was the rest of the supposedly emerging Latino political presence. According to breakdowns one-third did not vote Hilary. It was not present to help Ted Cruz or Marco Rubio beat Trump in the Republican primaries. Celebrities like Jennifer Lopez and Marc Anthony tried in the final hours to push Hilary over. President Obama came in to direct attacks against Trump. Latinos came out voting in droves in the State of Florida but Trump won the state anyway. He also took Texas. What did that imply that polls could never measure?

Donald Trump, as much as he was hated for what he said or his views made this election something it has not been in years, entertaining. Maybe it’s why he flew under the radar until everyone realized too late. But in honesty it confirms that this is a large country and that no single view of a demographic can swing an entire election or assume other areas are in compliance. We cannot always get it the way we want. And polls do not, repeat, do not predict but only gauge. Note that the BBC had Clinton winning by 4 percent before the voting. These things should reinforce the notion that we as Latinos, are still political babies as not only did Trump win the election but the first check and measure was swept as well.

The Republicans rule the House. They snuck in and took the Senate as well. The third and final check is judicial. There are two justice appointments up in the air. Trump has extra cards he has not yet shown and he now has the hammer. For Hilary, the dream is dead and the realization that America is not ready for a Madame President will remain, at least for the foreseeable future, a movie fantasy.

For those who fear deportation and walls as borders do not have to run just yet. As the election got closer to the endgame, Trump already retracted some of his statements and showed flexibility in areas he seemed so sure not to budge on previously. No law will go through through Congress without tradeoffs. It will not simply be a matter of his statements followed by immediate enforcement. Besides, one has to be more afraid of the remaining executive orders being written in plethora by the outgoing Obama. He already spoke of unity with a humility that may have exposed the truer man under that hard campaign veneer.

“I pledge to be president for all Americans,” Trump said, “The forgotten men and women of our country will be forgotten no longer.”

Will foreign powers respect the United States more with Trump in office? Russian President Vladimir Putin has already sent his congratulations. Is terrorism a lesser threat with the intent of this new Commander-In-Chief on record? Can Trump actually reverse the drain of the U.S economy with his acute business acumen and ideas? Those remain to be seen. International interests rule the Fed and that is the only gauge of true Presidential independence.

Regardless of whether he will or just be another puppet of money interests will play out the next four years, or most likely within the first four months of his administration. But the citizens of the United States have spoken and they are willing to take a look at a longshot.

The Year of The Latino Vote
VIDEO: What is the Electoral Vote?