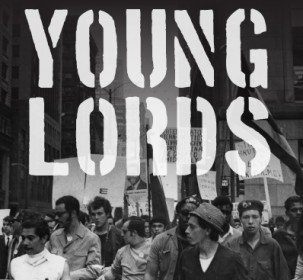 Within several cities in America throughout the 1960s and 1970s, a Latino group known as the Young Lords fought for social justice for Latinos living in the country and for the independence of Puerto Rico. Due to their historical contribution to the Latino community during the civil rights era, a street located in New York City has been co-named Young Lords Way in honor of the group’s many social contribution in aiding in the development of Latino civil rights.

Prior to being the activist group, the Young Lords was a gang active in Chicago during the 1950s. However, as the civil rights movement began to take hold in the country the gang became something so much more. Inspired by the black militant civil rights group known as the Black Panther Party, the Young Lords was a group consisting of children of migrant Puerto Ricans who came to the country in the 1930s and 1940s.

“We were the linchpin between the cane cutters and [Sonia] Sotomayor,” said Felipe Luciano, the founding chairman of the Young Lords’ New York City chapter of the organization in a 2009 interview about the appointment of Sonia Sotomayor who is the first Latino justice of the Supreme Court. “We started from the same pool as Sotomayor. We started in the projects. Many of us were working-class kids.”

The group originally began in the summer of 1969 when a caravan of Puerto Ricans from New York City traveled to Chicago in order to establish one unified activist organization. In 1970, the New York City chapter of the Young Lords would eventually split from Chicago and make history within East Harlem.

One notable event happened in December of 1969 when the group seized the First Spanish Methodist Church located on Lexington Avenue and East 111th street. When members of the Young Lords asked for permission from the pastor of the church to open its basement to provide social services, the pastor denied their request despite the space being big enough to aid the community.

Not willing to let the community down, the members of Young Lords took over the church and bolted the doors locking themselves inside and began an 11-day occupation. The sit-in at the church was in order for the Young Lords to bring in free breakfast, a clothing program, health services, a day care center, and a liberation school offered to the community from the church.

Throughout the occupation, the group received support from celebrity visitors and was given food donations from local business leaders. Despite their civil effort, once the sit-in ended a total of 105 members were arrested peacefully.

The group would eventually disband in the early 1970s due to political in-fighting and an infiltration by F.B.I. agents seeking to try and find any illegal activities stirred by the group. Although the group disbanded, the Young Lords were able to light the fire of Puerto Rican Pride by getting others involved both politically and culturally.

Today many of the members of the Young Lords have careers in the news media and within the government itself. But to honor the memory and the contribution of their service, the corner of Lexington Avenue and East 111th Street has been named Young Lords Way to commemorate what they did years ago for their community.

“Today we are getting the respect we deserve,” said José “Cha Cha” Jiménez, one of the Young Lords original seven founders.

The renaming of the corner was held on July 26th before a crowd of Puerto Ricans, young and old, who will hopefully continue to the political and cultural pride throughout the city that began on that corner.

Too Many Accidents Are Not Being Prevented
22 Fractured Jaws: Shocking Report At Rikers Island
Translate »