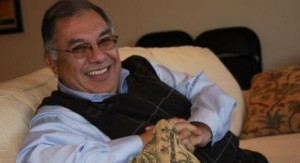 Apart from being a businessman and publisher, Ezequiel “Zeke” Montes was an activist and advocate of the Latino community who wanted to help as many people as he could. Sadly, Montes passed away last week of respiratory failure after battling pneumonia for a few months.

Montes’s career began in 1985 when he began a Spanish language television guide which led to his business expanding into publications which saw to the creation of Spanish language yellow pages and newspapers.

“He would always sacrifice his own publications to help other publications,” said Esteban Montes—one of Montes four children—who remembers his father’s endeavor to see other Hispanic publications (much like his own) prosper, “He would never put himself first.”

Montes role in the world of publication was one of business and personal. Remembering his father work hard, Montes notes how his father wanted to give Latinos a voice. One way Montes was able to give voice was by devoting himself into becoming an advocate for Latino literacy. The ways that Montes sought to promote literacy among Latinos was through the creation of the Latino Book and Family Festival which saw an estimated 25,000 of attendees annually.

Steve Franklin, a former Chicago Tribune journalist and ethnic media organizer for the Community Media Workshop, remembers when he worked with Montes on a Latino news project that worked to bring smaller publications together in order to share resources that would go out across the greater Chicago area. Franklin describes how Montes, “worked feverishly on the national level to help the Latino news media.”

Survived by his wife and four children, Ezequiel Montes will surely be missed but hopefully his contributions will inspire those he has touched to give back the same way he has.

Nominees needed for the next Social Revolució[email protected]
Young Voices: President Barack Obama’s State of the Union and Reaction
Translate »
%d bloggers like this: