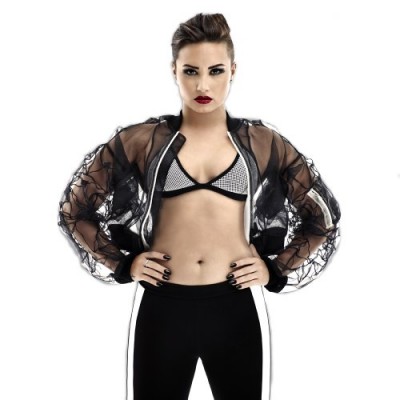 Demi Lovato has recently been accused of steal—sampling from another music act’s song without ever getting their permission.

According to noise pop due Sleigh Bells—Alexis Krauss and Derek Edward Miller—two of their songs titled Infinity Guitars and Riot Rhythms can be heard on Lovato‘s track tilted Stars off of the singers newest album Confident.

“@ddlovato Demi Lovato flattered you guys sampled Infinity Guitars & Riot Rhythms for “Stars” but we were not contacted. Gotta clear those” said the music duo in a Tweet on Twitter directed at Lovation.

Despite the claims of Sleigh Bells, producers Carl Falk and Rami—the production team behind Lovato’s latest album—have denied their allegations in their own released statement.

“We did not use any samples in Demi Lovato’s song ‘Stars.’ Demi was also not involved with the production. She only wrote top line,” Both Falk and Rami also have writing credits on the track in question as well.

And in their own response to the production team, a representative for Sleigh Bells has confirmed that the band will take legal action for the illegal—alleged—sampling.

“I can confirm that the band feels their music has been sampled without proper clearance and are seeking all available remedies with [Lovato’s label] Island Records,” said the representative.

Well, until sampling matter is settled you can soon catch Lovato who is set to go on a tour along with singer and actor Nick Jonas in their The Future Now tour which is set to kick off on June 24th in Florida. This will mark the pair’s sixth tour together, the first one starting back in 2008 when Lovato opened for the Jonas Brothers in their Burnin’ Up tour.