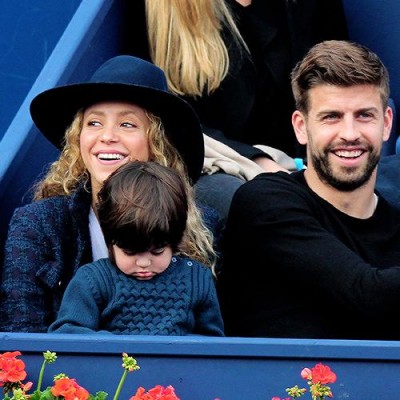 Shakira can now add part-time goalie or dodge player to her list of talents after nearly being hit by a ball kicked by her long-time boyfriend Gerard Piqué.

In a 15-second video posted to her Facebook page, the Hips Don’t Lie singer is captured walking out of a bedroom within her Barcelona home she shares with Piqué after being lured out due to a tiny ball being kicked in her general direction.

It’s when Shakira exits the room that she dodges the ball being kicked toward her yet again which causes Piqué to chuckle at the near hit.

You can see the video: here!

“This is what it’s like living with a footballer!” Shakira captioned in the video she’s posted.

The recent soccer video is the latest one she’s posted since just weeks ago she uploaded a short clip her new born son, Sasha, kicking a soccer ball.