Originally published in the May 2016 of Latin Trends Magazine 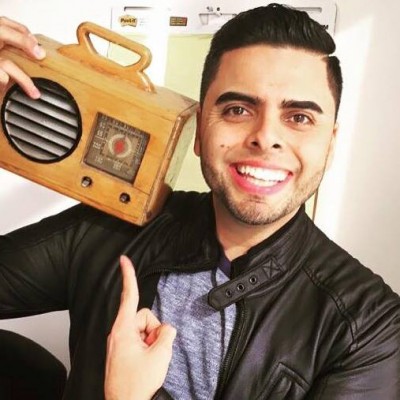 Totally happy in his new city, Edgar “Shoboy” Sotelo wanders through the streets of New York as if he has lived here all his life. It is hard to imagine that, just a year ago, this popular radio personality was the host of one of the most popular radio shows in Dallas, TX, “Shoboy en la Mañana”.

He tells us about the afternoon he received the call that would change his destiny; a proposal to have his own radio show in English in one of the most important markets in the world.

“When I was asked to do the show, I almost fell backwards. It was amazing. It was something I wanted to do for some time, especially in the number #1 market in New York. At first, it was a difficult decision because my show in Spanish in Dallas was about to be syndicated nationally. My wife and I were happy in Texas, but we came to this city because we base our decisions on faith, not fear,” he says.

But Sotelo’s success is no surprise. This young man grew up at radio stations with his popular brother, Eddie “Piolin” Sotelo, one of most the renowned radio announcers in Spanish radio. He worked in promotions, pasting stickers and helping in everything that was needed at the station.

Despite being born in Jalisco, Mexico, and arriving to the United States when he was five years old, Shoboy speaks English and Spanish with such perfection and professionalism that he is able to brilliantly connect with his listeners in both languages.

“Shoboy In The Morning” is a new radio show that entertains and informs his English-speaking listeners, but of course, he always adds his Latin spark and throws and occasional word in Spanish. The audience that tunes into 92.3 AMP Radio from 5:30 – 10:00 a.m. in New York City is already used to hearing phrases like “que rico” and other common words in “Spanglish”. 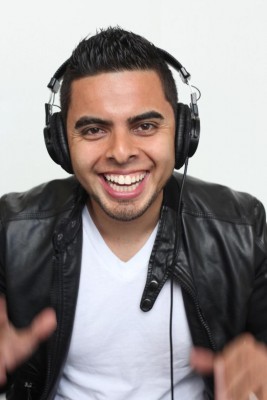 Sotelo is fun, casual and sometimes a little crazy, and his listeners adore him because he is able to make his guests play all his games, such as convincing Justin Bieber and Chris Brown to dance the famous merengue “Culiquitaca”. Laughing out loud, he tell us:

“I told Justin and Chris that they would increase their potential to get Latina girlfriends if they learned how to move their hips.”

Despite having received major awards for his radio career-raising over a million dollars to benefit the St. Jude Children’s Research Hospital and being invited to the White House by President Obama, Shoboy is a young man that reflects great humility, passion and a genuine desire to proudly represent Latinos.

His greatest goal is to positively impact the community. When asked how he see himself in the future, he stares at us and answers with a big smile.

“I see myself with more wrinkles from laughing so hard and thanking God for all the beautiful blessings he brings to my life.”

Here’s the Links to some of Shoboy’s most popular youtube videos:

Sanders & Clinton battle it out for Latino votes in California!
The Women’s Venture Fund Announces Conference for Women Entrepreneurs
Translate »
%d bloggers like this: