Cyber Bullying in a Positive Light

Cyber Bullying in a Positive Light 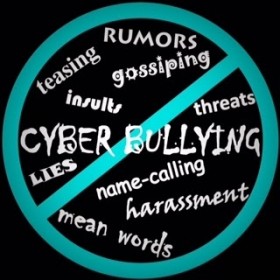 Too many of us are guilty of judging people way too quickly. It is natural for people to do this and we are human, but too much hurt can go a little too far. Insults can vary among people and some take it extremely personal, almost to the point of believing that the statements are true about them even if they are not.

Others take a much different approach and use the hateful comments to their advantage like Elizabeth “Lizzie” Velasquez, or known as “The Ugliest Woman in the World.”

Since the internet has gone vastly viral than 10 years ago, cyber bullying has become such an issue, certain sites are being blocked in schools and parents are becoming more aware and monitoring their children’s activity online. In Velasquez’s case, she took the cyber bullying, turned it into something positive by speaking out into the media so that people can hear her story.

Velasquez’s syndrome is very rare where she has 0 percent body fat on her no matter how much she eats. After overcoming a decade of learning how to love her skin and body, Velasquez is a motivational speaker, author and now has a documentary in the works about her story called “The Lizzie Project”. According to news sources, the project is “a call for anyone who wants to unite and make the online world a more positive place.”

It is unfortunate that some cyber bullying will not end, but the greater impact would be that both the kids and adults take action. Educating both children and adults about cyber bullying starts the cycle for positive use while online and without role models, children will not see the positive impacts the person makes on other people.