Evict a Person Even Though the Former One Is Dead?

Evict a Person Even Though the Former One Is Dead? 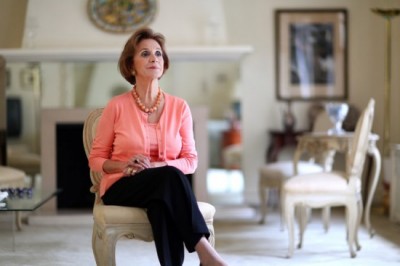 Imagine living a great life with lots of success and not to mention money. Now imagine that your significant other suddenly passes away leaving you, the apartment. Great, right?

That may seem awesome in a way where you are left an apartment, but years later, you are on the verge of an eviction because of your late passing death. Well, there is a bigger problem. Here is what happened to one women in an apartment in the Upper East Side of Manhattan.

The passing of the last imperial Ottoman Turks has now “led to a battle over the rent-controlled apartment of an Afghan princess on the Upper East Side.” To back track just a bit, in 1945, Ertogroul Osman, ruler of the Ottoman Empire, moved into the apartment and in 1994, he would have taken the throne if the empire had not been dissolved. Sadly, the empire did, and he spent the next 64 years in the same apartment until he died in 2009 while on a trip to Istanbul with his second wife, Her Imperial Highness Zeynep Osman. What’s interesting is that, Princess Zeynep’s royal family had to flee its home in Afghanistan in the 1920’s.

The building was sold in 2011 for $10.1 million to the new landlord Avi Dishi. Beyond the landlord saying to her, ‘I want you out’ and such, her memories of her home include visits from relatives, heads of state and much more. Though the problem becomes with the lease, like any other property, states all the terms and conditions. In this particular cases, the when the lease expired, the occupancy became month to month and as a result, the landlord was exercising his right to terminate the lease.

The 1970s were a time when changes to rent-control statutes happened. As a result, when it came time for the eviction notice, it was addressed to “E. Osman and G. Osman”. G. Osman was Mr. Osman’s first wife who died in 1985 and Zeynep’s lawyer’s defense, you can’t evict a dead person.

Overall, there has to be reasonable doubt to kick someone out of a residence and not even a ‘just because’ would work because it then violates the tenants right. The question here is, is this even an issue to bring up when one of the parties is already dead? The person will never be able to testify against the landlord for obvious reasons. The question really becomes is how much is this worth pursuing after so many years have already passed?