LT Staff
by: Eddie Olmo
To know where Brooklyn’s at, first you must know who Brooklyn is.  Brooklyn is a young Puerto Rican fashion designer from, you guessed it, the BK who this weekend showcased his clothing line Isla Jewel at the Secret Lounge at 525 W29th St.  This exclusive fashion show was hosted by Urban Latino’s Liz Marie and included performers like J.O., Tony Mays and many more.
Brooklyn began his fashion career in high school and is inspired by the great city of New York.  When asked about his line of clothing he described it as “fashion contour, raunchy, very editorial, brave, bold, crazy like my motto ‘Go big or don’t go at all’” and he was definitely right.  His line depicted perfectly a glamorous crazy nightlife decorated with lots of studs and skin showing outfits.
He also had help from NYC Custom Airbrushing who helped make his New York inspired fashion show a success.  Brooklyn is ready to launch his next show in February and would like to dress artist like LadyGaga and Beyonce in the future. 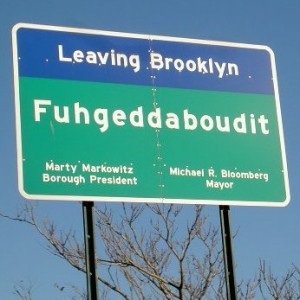