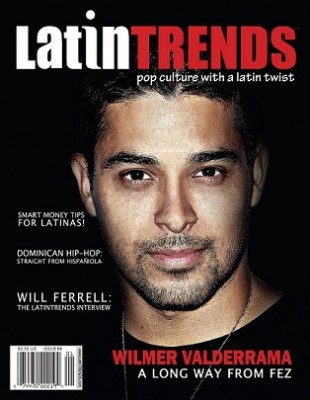 At 16 years old Wilmer Valderrama was a Colombian and Venezuelan actor who recently learned English, and with limited means, tried out for the role of the culturally ambiguous exchange student, Fez, on what was then a show called “Teenage Wasteland.” Now, just celebrating his 32nd birthday, he has three nationally syndicated shows, directors credits, his own production company, graced the silver screen with award winning actors and comedic legends, and is about to occupy a major role in a new NBC show set to premier in March.

After the last episode of “That ’70s Show” in 2006, Valderrama made his silver screen debut with a leading role in the movie “Fast Food Nation,” followed by “Unaccompanied Minors” opposite comedian Lewis Black. That same year he became the voice of Disney’s Latino cartoon sensation, “Handy Manny,” and created his first project as a producer with MTV’s hit show, “Yo Momma,” where he spans the country for America’s best trash talkers. “I want to open the door to the rest of my community,” he says. Valderrama feels being Hispanic has taught him how to work hard and appreciate his opportunities. Watching his father struggle to give his family a better life is what Valderrama says drives him to achieve his goals. “[My background] has given me a disarming way to fit into any culture,” he says pointing to experiences from his world travels from China to Afghanistan. He has solidified relationships with companies like MTV, where he’s producing a reality series with BMX biker Ricardo Laguna, a show which he hopes will “remind us all of the importance of family and never forgetting.” But Valderamma’s body of work transcends a few inspiring projects. His production company WV Enterprises has quickly set itself apart, making deals for both scripted and non-scripted projects with Fox, Disney, MTV and Nickelodeon. Tom Forman, CEO of Relativity Media, one of the country’s largest suppliers of unscripted television, says Valderamma is the industry’s most original, and creative producers. “The sky is not only the limit, but a destination I’d like to live,” Valderamma says of is goals, among which, creating a movie studio that he claims is just on the horizon for him. 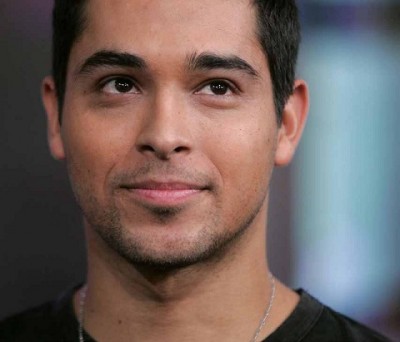 And that’ll be no surprise when he releases a new documentary under his production company called “Shred,” about a 7 year-old boy named Asher from a struggling family, who became a YouTube sensation almost overnight for his savant skills as a skate boarder. The pattern in his work, Valderrama claims, is that he is trying to bring forward a “new type of hero” to mainstream media. He points to Cuban actor, innovator and entrepreneur, Desi Arnaz as an inspiration. And highlighting accomplishments in the Latino community certainly seems imperative. According to the Pew Research Center, in a 2010 national survey of 1,300 Hispanic adults, 74% said they either didn’t know who the most important Latino leader in the country was today, or that it was “no one.”

Hispanic women such as Jennifer Lopez and Sofía Vergara of “Modern Family” have been able to flourish as iconic beauties. Male Hispanic athletes like Alexander Rodriguez of the New York Yankees or newbie Victor Cruz of the New York Giants are commonly credited for the success of their dynamo teams. Typically however, Hispanic men have had a harder time garnishing credit for the accomplishments achieved in the entertainment industry, which can boast percentages in the single digits of Latinos in front or behind the camera in network television.

Valderrama had key roles in movies such as “The Dry Land“ along side America Ferrera at The Sundance Film Festival in 2010, “From Prada to Nada” in 2011 with Lionsgate films, and most recently, “Larry Crowne” with Tom Hanks and Julia Roberts, where he claims to always soak up wisdom from his legendary co stars, but his work outside of Hollywood may be even more impressive. 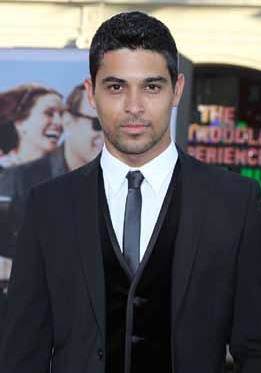 He’s been involved in social issues such as animal cruelty through PETA, and HIV and Aids awareness in the Hispanic community. He is involved in the USO tour to entertain the troops where the popularity of “That ’70s Show” is huge among the soldiers. He encouraged Latinos to take the census for the organization Voto Latino, with actress, Rosario Dawson. He is also the spokesperson for the Congressional Hispanic Caucus Institute, a college readiness program that empowers Latino high school youth and gives them leadership development in the most heavily populated Latino cities such as New York, Los Angeles, Chicago, and Miami.

Valderrama only accepts projects he feels are organic to who he is, a decision he says is integral to his success. His best friend, motocross racer, Carey Hart, introduced him to the extreme games, which is what attracted him to some of his more recent productions. And with his world travel, it is no surprise that he is a major investor along with his “That ’70s Show” co-star and friend Ashton Kutcher, in the high-end multicultural chain of restaurants through the Dolce Group. It’s nice to know, however, that Valderrama hasn’t strayed from his comedic roots. With the development of his alter ego Eduardo Fresco, who he says is a culmination of if Ricky Martin and Enrique Iglesias had a baby, his outrageous music videos and vlogs are reminiscent of what might be Fez if he grew up, left Ohio and moved to L.A to become a singer.

Returning to the big screen, Valderrama recently finished shooting for Spike Lee’s latest film “The Girl Is In Trouble,” set to release in 2012, and is currently on set in LA shooting the upcoming network television drama “Awake,” where he plays a leading role as a young Latino detective opposite John Isaacs in this series designed to keep the audiences guessing which parallel reality our protagonists are existing in, premiering on NBC March 1st. And all this, Valderrama insists, is only the result of half the vision for his career, leading the way for Latino self-empowerment by any means.

Five Things Latinos Do While Traveling
Celebrate Dominican Independence Day with These Trendsetters
Translate »
%d bloggers like this: