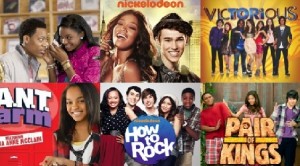 The 2012 elections analyst of the elections noted how Latinos came out in record breaking numbers and very well have been the reason why President Barack Obama was re-elected. Since then members of the Democratic Party and Republican Party have branched out to sway the Latino community for future elections.

This newly focused attention on minorities in America isn’t exactly new; in fact the entertainment world has acknowledged the diversity of this country and has begun to set the attention to a higher level.

While targeting Black and Latino Americans is entirely new, the new ventured made by entertainment outlets, such as movie studios and television programmers, will heighten its focus on snagging diverse viewers while they venture into the World Wide Web. Whatthefunny.com will be the first attempt to see how well a website can pull in this target audience.

A project headed by actor Marlon Wayans and Funny or Die co-founder Randy Adams, in-addition with others, will try to re-create the success FunnyorDie.com has received by launching a similar website entitled What the funny targeted towards Black and Latino—and other multiracial—audience members.

“Youtube is great, and you’ll find a lot of new talent, but not nurtured talent that was handpicked by connoisseurs of humor,” said Wayans, discussing his viewpoints on how social media has interlocked with the entertainment world, “Young talent needs guidance, support, and resources to refine the material and help elevate the execution.”

The targeting of diverse audiences isn’t entirely new in the entertainment world. Eric Deggans, Tampa Bay Times and media critic, acknowledges how in the past new television networks primary focus was minorities in the country.

“This is another way to take a bite out of that apple,” Deggans said, “the fastest way to get viewers is to target people who aren’t being served.”

Networks like WB, CW, and Fox launched with scheduled programming aimed at audience members of diverse backgrounds hoping to lure them into becoming audience members with content they could not find anywhere else.

“The challenge is always to build a steady viewership,” Deggans adds. “It has to make an impact on black comedy and black culture, and that’s a pretty high bar.”

However, while Black audiences seems to be more accessible for entertainment outlets due to a good show of influential members of the community in the field such as Tyler Perry, Oprah Winfrey, Jamie Fox are just a selected few. Big heads in the entertainment world feels attracting Latino viewers is a bit different, and challenging.

With a vast number of cultural backgrounds that make up the Latino community inside and outside of America, the search to find common cultural trends—aside from the language—to attract Latino viewers to programming it is perceived by some to not be so easy. While the language itself can be debatable in being truly common in every Latin country, the idea about not being able to find common trends may be a myth. A YouTube can be an example of this.

In partnership with Maker Studios and financed by an award given by YouTube, Jai Bugarin is the owner of the Youtube channel called Tutele which contains a few bilingual shows aimed at young Latinos.

Bugarin launched the channel back in 2011 with such programming such as a soap opera, current events news show, and a situation comedy and sketch Web series believes that the one way to pull in viewers is to build an relationship with them which takes some time.

Although Tutele stopped production on its shows it began with due to Maker Studios wanting to focus on other content, Bugarin is proud of the work done and of the estimated 30,000 subscribers it pulled in due to the content provided.

“Just because the content is in Spanish doesn’t mean everyone who speaks Spanish will like your content,” Bugarin said. “You definitely need time to fully develop a brand.”

Like Bugarin, filmmaker and blogger for Latino-review.com Umberto Gonzalez has come out and said that things are changing within the Latino community which means the community should be more accessible since members have taken on parts of an American cultural identity.

“Fragmentation of the Latino audience is a myth,” Gonzalez proclaims, dispelling the idea that the Latino community may be too large to understand. “We’re the biggest consumers of popular culture in this country”.

An example to dispel the idea of the Latino community being too vast, Gonzalez uses the opening weekend for Fast & Furious 6 which largely attracts a Latino presence amongst movie-goers.

Gonzalez also notes that Latinos do not need content created simply for them but with a good story and some strong Latino and presence characters movies and television shows can attract Latino viewers.

Gonzalez is owner of El Mayimbe Media, a media company that has earned some attention for its future endeavors in trying to create independent films for Latinos.

The biculturalation of this country is growing day-by-day. The numerous racial groups that live within the states are interconnecting and establishing bridges amongst groups like Latinos, Asians, Middle Easterners, and so on. While those in the entertainment world have been doing so, it is good to hear that politics have decided to put the interest of diverse members into play when they run. However, we have to see whether interests of the individual is true important than the vote of young Latino or Latina.