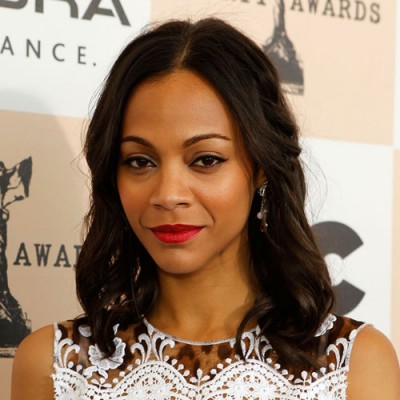 Zoe Saldaña is angry and upset that her Nina Simone biopic has yet to hit theaters after being completed nearly three years ago.

According to the 37-year-old actress, the reason no one has seen the controversial biopic is due to mismanagement and a lack of organization that surrounds the finalization of the movie. And Saldaña is not afraid of saying how disappointed she is with those who are a part of the project.

“The people behind the project weren’t my cup of tea,” Saldaña said in an recent interview in-which the project was discussed. “The director (Cynthia Mort) was fine, but there was a lot of mismanagement, which is why we’re still here three years later. And I’m still trying to fight with everybody to get the movie finished. Nina deserves better.”

While the movie is in post-production limbo it was not without controversy prior to shooting. When Saldaña was cast as the prominent singer and civil rights activist there was a negative response to the casting. Although Saldaña is of Dominican and Puerto Rican descendant, some felt her casting in the role should have gone to a Black actress who could portray an important figure within the Black community.

However, despite the response to her casting the actress was unyielding to it and went through with the project.

“I listened to her voice, to her tone. She was angry—and rightfully so. She was a black woman born ahead of her time. Her soul, her spirit was never able to accept or adapt to the heartbreaks that life was giving her.”

For the part, Saldaña stepped out of the spotlight generated by her part in the Star Trek and Guardian of the Galaxy movie franchises to immerse herself in the project.

“I needed to walk her path. As a woman, it wasn’t difficult to empathize with another woman, but I needed to be very isolated,” Saldaña said, describing how important the role was for her. “I moved out of my house for three months. I wasn’t really talking to anybody that I knew. I just needed to be all things Nina. It was so intense, and everything happened really fast.”

Since completing the project, Saldaña discusses how Nina Simone seems to be haunting her.

“To this day, I can’t listen to her music. I’ll be able to listen to her and not feel so heartbroken once I either finish this movie or release it, knowing that we did the best we could, or this movie goes away,”

And while Saldaña has expressed anger in the movie’s release, she would rather her film be hidden away just as long as someone does one thing in-regards to the film’s subject.

“I pray that somebody tells her story, and they do it amazingly well. And then I’ll just put this to rest. But so far I’m still hanging in there with her. We’re still fighting together to tell it like it is. And that’s the best way to be.”

Justin Bieber new Latino Remix of “Sorry” is #1 in Mexico!
ROBIN LOPEZ PROVING HE IS NOT HIS BROTHERS SIDEKICK
Translate »
%d bloggers like this: