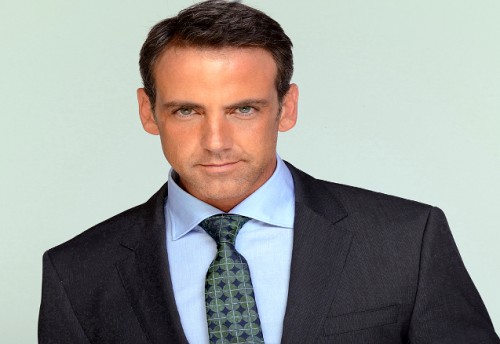 Host, singer, actor Carlos Ponce is a man of many hats. Puerto Rican born and of Cuban descent, Carlos Ponce Freyre has been entertaining us since 1989. The character actor can embody any role.

As a child raised in Puerto Rico, Ponce always participated in his school’s plays and at home he would often put on a show for the family where he would sing his favorite songs.

“Carlitos”, as he is known in Puerto Rico, started to appear in television commercials at the age of six. He attended high school in Humacao and was a member of the school’s drama club.

In 1986, the Ponce family moved to Miami, Florida, and he continued to participate in his school’s productions at South Miami Senior High.

He was named the best student actor of the southern region of the United States. In 1990, he competed for the chance to win a scholarship, which he won.

He then enrolled in the New World School of the Arts conservatory, around this time, Univision offered Ponce the opportunity to host a show called Hablando (Talking).

This was his first serious television debut, after his Ponce decided to go all in on his art and gave up his studies.

Whether it’s playing a lovelorn romantic in “Meet Me in Miami,” or a yoga instructor that is too comfortable with everyone like in “C0uples Retreat,” Ponce knows how to completely get in tune with whatever character he is playing.

Although he is mostly known for his acting, Ponce started off as a host for the Univision show, “Hablando”.

Shortly after that shows run ended he became a soap star in two of Televisa’s telenovelas on the network, “Guadalupe” and “Sentimientos Ajenos.”

For the next few years Ponce would go back and forth between hosting (Control, Entertainment Tonight, Idol Kids Puerto Rico and Miss Universe )and starring in soap operas (Dame Chocolate, Perro Amor).

After becoming wildly popular on soap operas and becoming a renowned host, Ponce signed a record deal in 1998 and released the album “Carlos Ponce.”

Carlos Ponce went on to be a double-platinum selling album and has three hit songs, “Decir Adios,” “Escuchame” and “Rezo.” Between 1999 and 2012 he would go on to release another seven albums.

As he was beginning to make waves on the Latin charts on the radio, Ponce also started to make a name for himself with American audiences on hit shows like “7th Heaven”,  “Beverly Hills 90210” and others.

It wasn’t too long before Ponce found himself on the silverscreen with such films as “Deuce Bigalow: European Gigolo,” “Just My Luck” and this year’s hit comedy, “Spy.” While his star continues to rise you can next catch him in the film “Single in South Beach.”

They resided in Miami, Florida, with their four children, of which two are twins. The couple divorced in 2010.He is currently married (2020) to Mexican television host Karina Banda.

English Films and Shows
In 1998, Ponce made his debut in American television with his participation in the TV series Beverly Hills, 90210 and 7th Heaven where he played the husband of Jessica Biel’s character Mary Camden. He also made guest appearances in Live with Regis and Kathie Lee and in Donny & Marie.

2006, he participated in the controversial recording of the Spanish-language version of the Star-Spangled Banner, called “Nuestro Himno”, alongside Wyclef Jean, Gloria Trevi, and Olga Tañón and he hosted the Miss Universe 2006 pageant in Los Angeles, along with Nancy O’Dell and Carson Kressley.

2007 Ponce appeared in the movie Just My Luck, with Lindsay Lohan, Chris Pine, and McFly.

2009, he starred in the second season of Lipstick Jungle, where he played a character named Rodrigo. Later that year, he appeared in Couples Retreat as a yoga instructor.

2020, Ponce appeared in Julie and the Phantoms as the leads character’s father, Ray Molina.